As one of Cincinnati's oldest neighborhoods, the East End has remained, for centuries, a treasured place to live with many families proud to call it home for generations. With a rich history beginning in the early pioneer days, European settlers would choose the banks of the Ohio River for its fertile soil and unmistakable beauty helping cultivate the region. Formerly know as "The Eastern Liberties", this strip of land would later become known for some of the finest wooden shipbuilding yards in the country. In 1828, Fulton Township was incorporated, which would in turn become The East End we know today. Skilled workers, mechanics, craftsman, and entrepreneurs alike were drawn to its potential, and many people both lived and worked here to create a diverse and vibrant neighborhood throughout the years and changing times.

The East End is home to historic churches, Victorian homes, parks & trails, and offers the warmth of a historic, walkable neighborhood. In the recent years, and after urban sprawl drew people outward, local investors have once again seen the potential of the area, and have begun redevelopment. The East End continues to grow and flourish with new residences, restaurants and businesses all while celebrating its rich Cincinnati heritage.

The introduction of riverboats in the early 1800s would be instrumental in the development of the region as they allowed easy access and travel to cities like Pittsburgh, St. Louis, or New Orleans. In turn, industries were able to take advantage of this and an industrial boom began to take place. Manufacturing, timer and agricultural trade, and of course riverboat construction would solidify its place in the region.

And just as trade transportation picked up, so did passenger travel. Travel by river would now more easily allow people to visit new destinations. And in order to get there, intermodal transportation by rail or passenger car would also follow suit and provide easier access to travel by riverboat. As the population and area grew, the longest suspension bridge in the world at the time would be built to provide a connection from the banks of Ohio to Kentucky. The John A. Roebling Bridge would be completed in 1867 and named after the engineer that built it. After completing the Cincinnati-Covington bridge, Roebling who had completed bridges in Pennsylvania, New York, New Jersey, Deleware, would go on to build the Brooklyn Bridge in 1883.

Built in 1907 and operated by the Little Miami Railroad, it ceased operation in 1933 when Union Terminal opened. President McKinley was knows to stop there on more than one occasion. 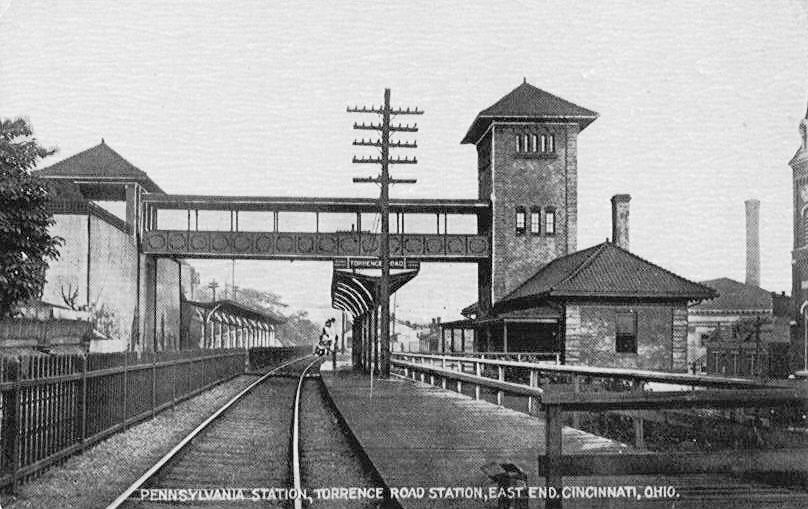 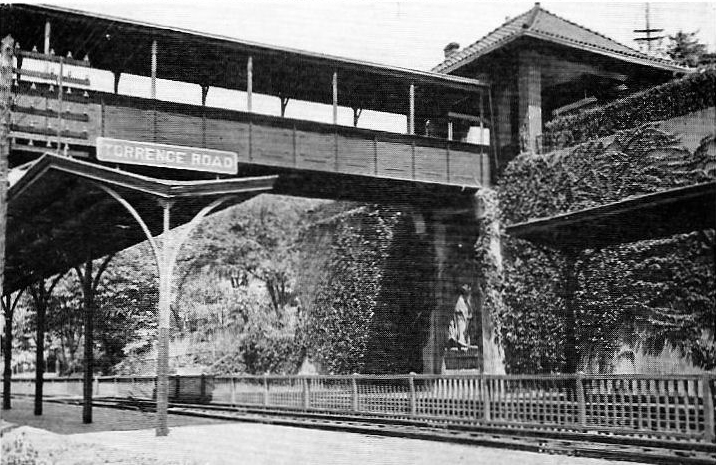 Cincinnati’s first permanent rail yard, opening about 1841 or so. Initially operated by the Little Miami Railroad, it ended under the auspices of the Pennsylvania Railroad. It served as a repair facility and ceased operation around 1968-1970. 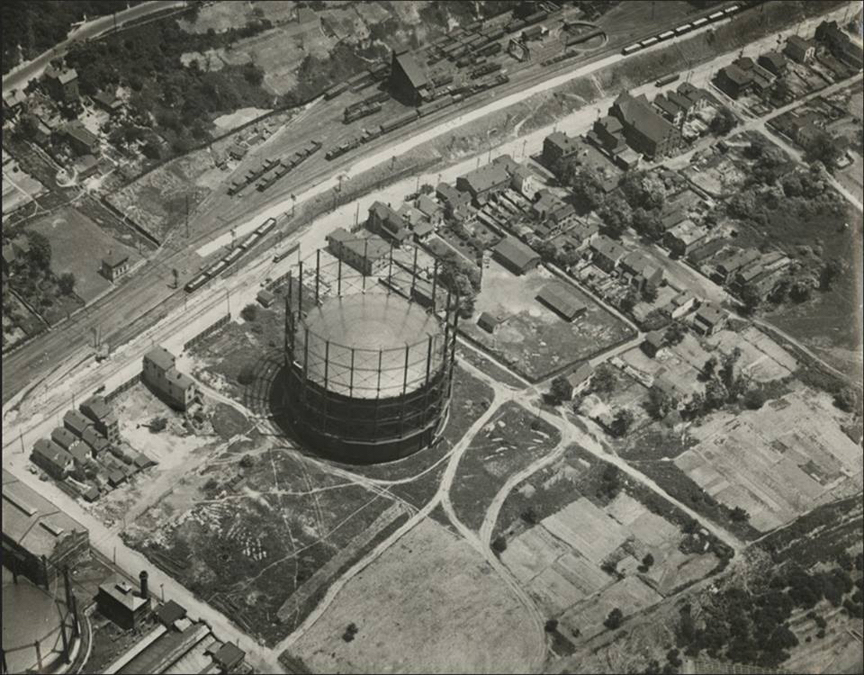 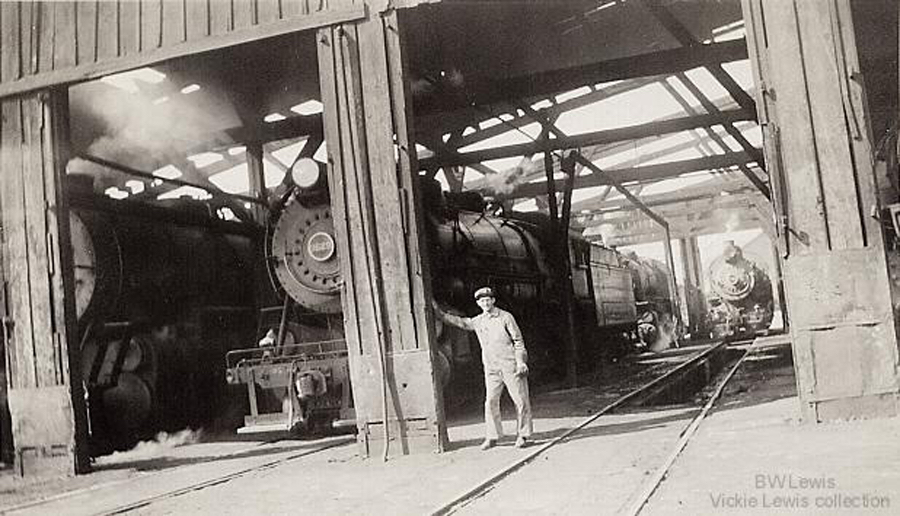 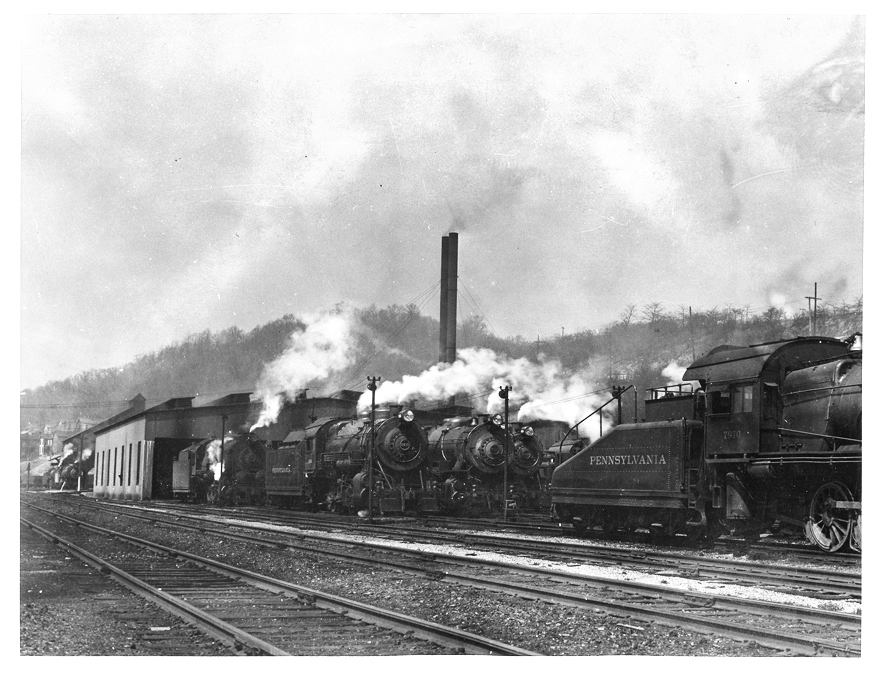 Built in 1881, it served many years as part of Cincinnati’s streetcar system. Now utilized as a community center.

At its opening in 1925, it was the largest municipal airport in the world. The old control tower is the oldest standing tower in the country. American Airlines would later get its start based on the airmail service companies that flew out of Lunken Airport. 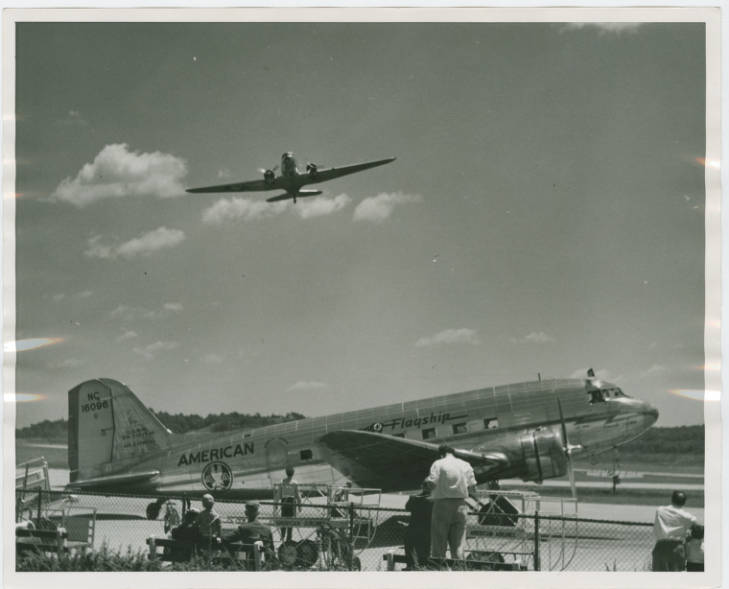 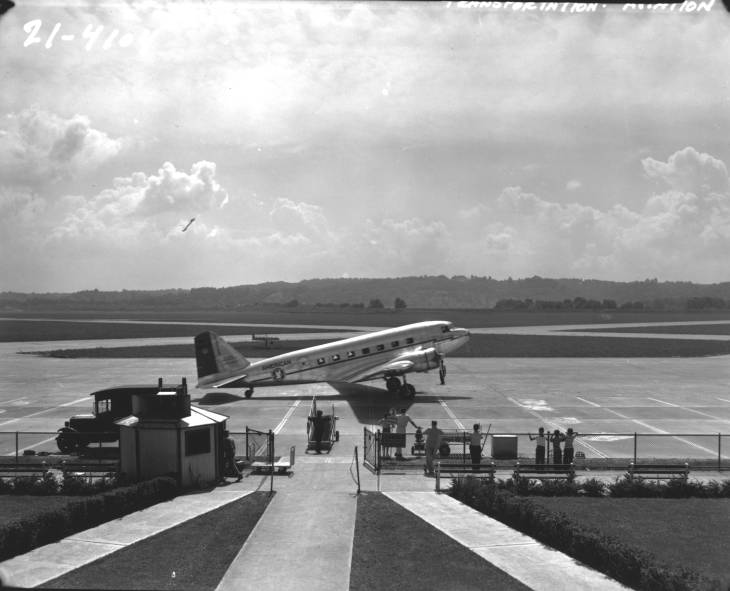 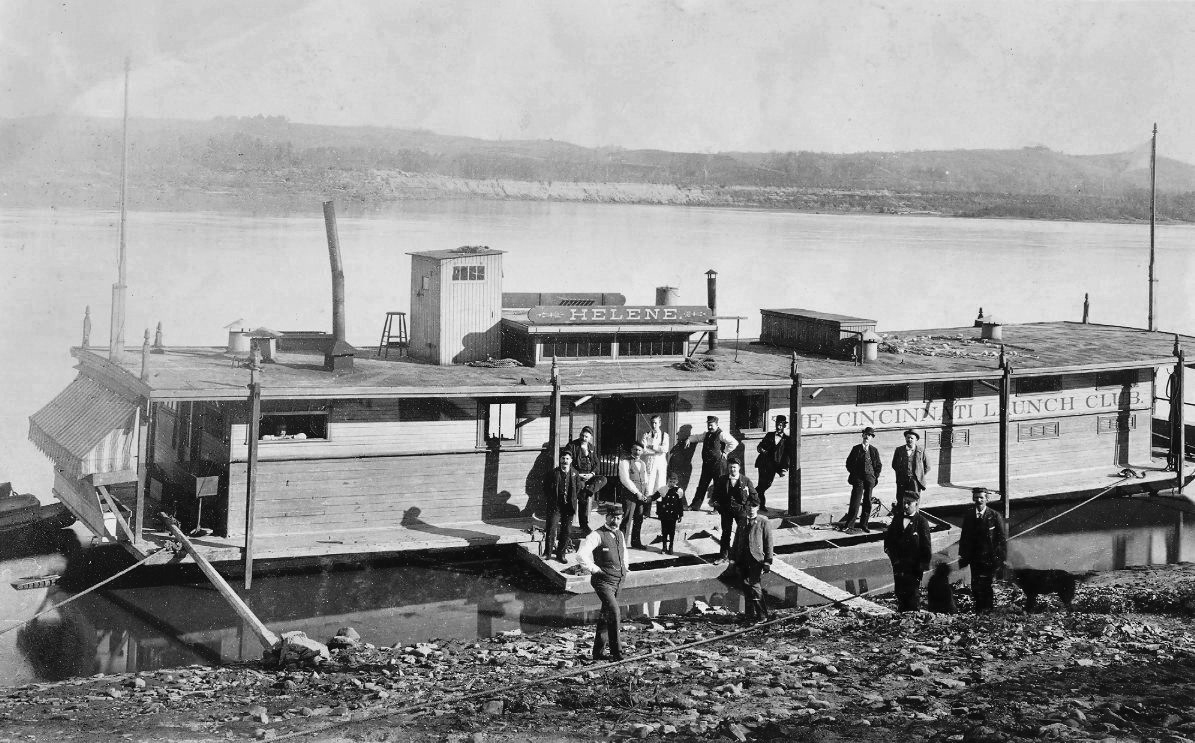 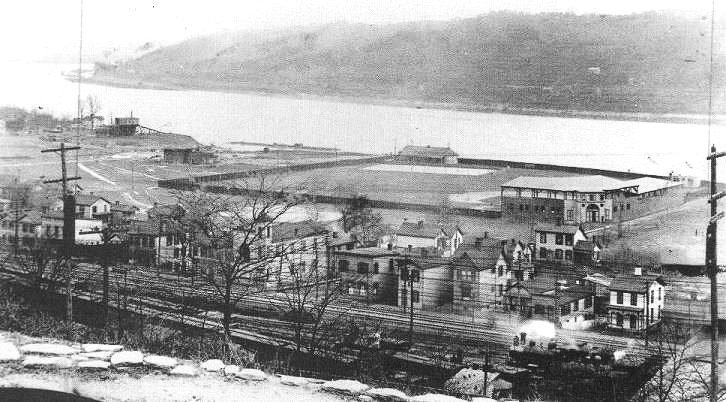 Manufactured streetcar and railroad car wheels, and also built freight cars. In business from 1851-1880, and acquired by the Cincinnati Railroad Co. Located on what is now Leblond park property.

Founded in 1907, the Johnson Electric Supply company provided small businesses in Cincinnati a one-stop-shop for electrical components and supplies as they were discovering a new world of electricity and usage.
Learn more about Johnson Electric Co.'s history at https://www.johnson-electric.com/

Founded in 1842, and known the world over for their clocks, bells, and other products. It is the oldest family-owned manufacturing company in Ohio.
Learn more about The Verdin Company at https://www.verdin.com/

Was widely known for their work in bronze, copper, and iron. Making lighting fixtures, gates, fences, candlesticks, and more. Started in 1894 and ceased operation in 1995. 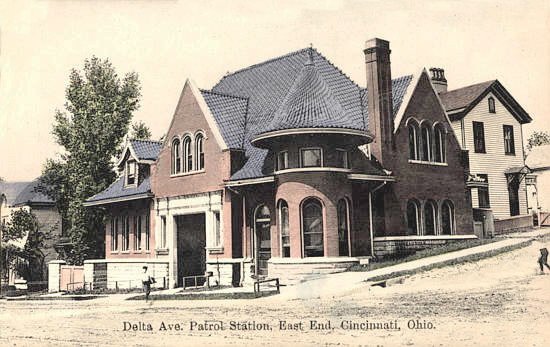 Designed by Samuel Hannaford & Sins, it was completed in 1896. It is a registered historic building, being listing in the National Register in 1981. It is currently the home of The Precinct restaurant.

Probably the most recognizable icons of the area, the building was dedicated in 1869. It survived fire damage in 1894, and was carefully restored. The flood chart on the rear of the church has mesmerized many as it points out the water height for the area’s biggest floods since 1884. 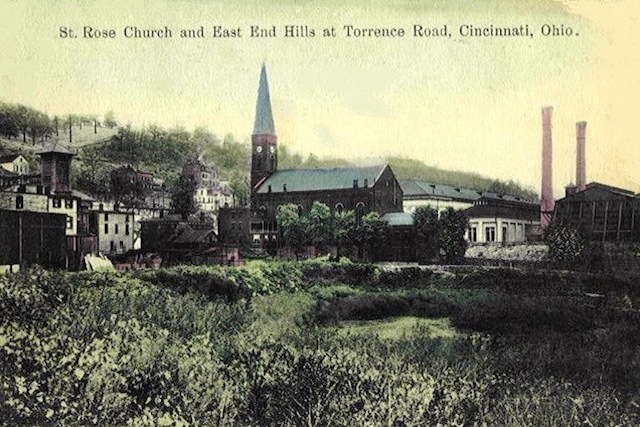 Started in 1892, it is one of the oldest Black churches in Cincinnati. The church was originally known as the People's Mission and then the Pendelton Mission, before becoming Mt. Carmel Baptist.

This church opened in the 1930s and served the area as one of two Baptist churches to serve Black families in the neighborhood. 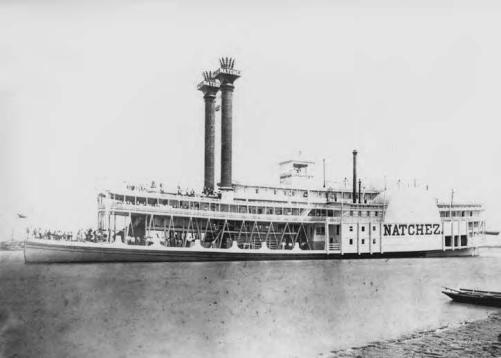 Established in 1847, the Marine Railway was one several boatyards in operation in Cincinnati, and by 1890, was the last remaining boatyard. The Natchez (1869) was the most famous boat to be built at the Marine Railway.